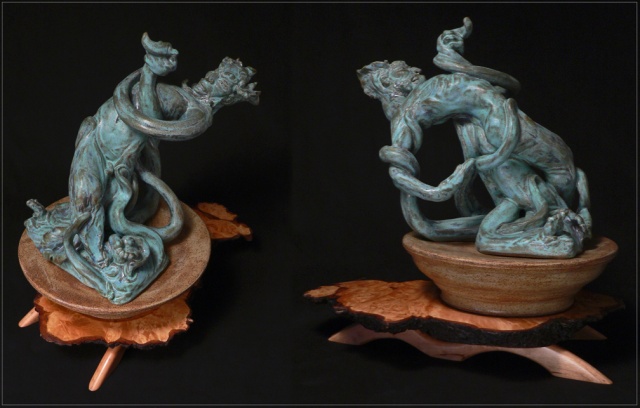 My father used to say something along the lines of running with the wrong crowd, and how they'll drag you down with them. There lies the root of this idea. The figure is fighting something that is dragging him down into the abyss. This frozen pose, is the moment of realization, the figure now knows that he has allowed himself to be put in this situation. He now has to fight to save himself. His one arm mimics the look of the creature to show his connection to his own downfall.